The release of the first Integration of Bitrix24 with TimeDoctor

The developers of Avivi, Bitrix24’s Gold Partner, have presented the integration of the popular CRM with the leading time tracking tool Time Doctor. 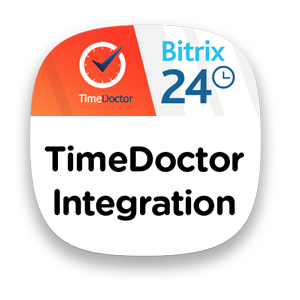 This is the first successful integration of Bitrix24 with Time Doctor, which solves one of the main problems - duplication of a large number of actions when working in parallel with two programs. This includes the creation and updating of tasks, the beginning and end of time tracking, which forced users to rush between the windows of both programs and press a lot of buttons. The developers were able to distribute correctly the responsibilities between the platforms in the following way: “Bitrix24” is responsible for everything related to the tasks; Time Doctor is responsible for time tracking. Every 15 minutes an update of expended time comes to CRM, however this data cannot be edited or deleted. And even if something happens in Bitrix24, in 15 minutes Time Doctor will send a new data. Restrictions apply during the current day.

Time tracking management also moves from Bitrix24 to Time Doctor after integration, where the corresponding buttons are created. No special inconvenience is expected from such an innovation, since the developers have provided the Time Doctor interface with useful features - displaying a link to the corresponding task in Bitrix24. This significantly speeds up and simplifies working with both programs. 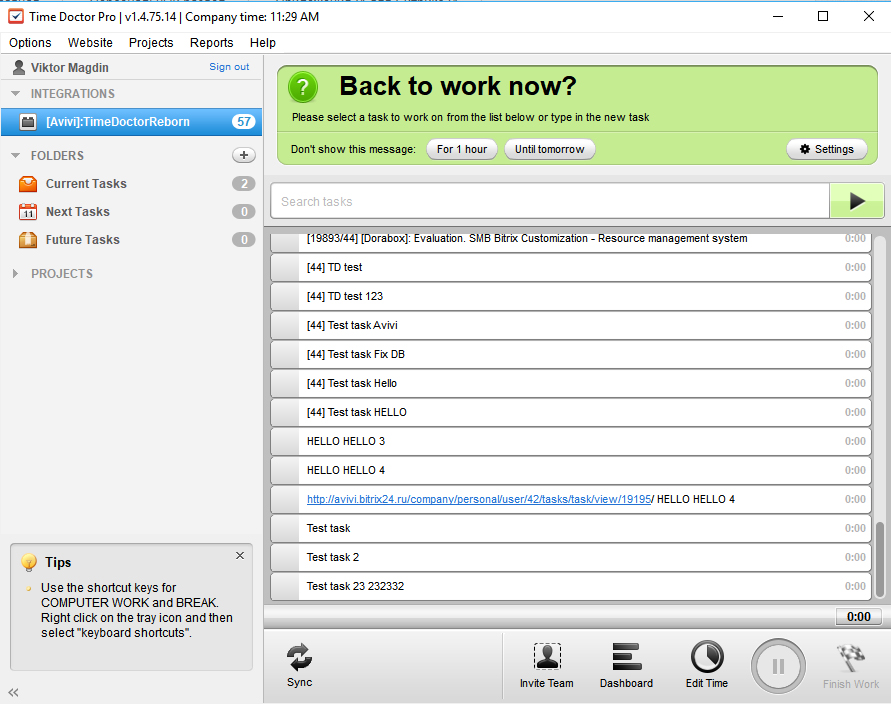 There is no need to worry about the loss of data after integration: new tasks will immediately appear in Time Doctor. Regarding the already created ones, any update on the task will be sufficient for the display so that the system “sees” it and processes it. When the task is closed, the time tracking feature disappears both in Bitrix24 and Time Doctor at the same time.

The employees of Avivi have already switched to using the integrated version in their work and managed to evaluate its convenience and accuracy. Soon this integration will be available to the masses of users.

Bitrix24 is ideal for project management and monitoring tasks. However, each business is so unique that it is not always possible to implement the required process with regular functionality. But this is not a reason to abandon Bitrix24 — on the contrary, you are able to create your own application and get an additional benefit. This is the focus of our article, and that which may become particularly useful for you.

In 2020, we already talked about our custom application "Project Progress", which was created specifically for a specific client. Now we are presenting an almost complete update of the functionality, which corresponds as much as possible to the current business processes in the customer's company. And as a nice bonus, we'll show you an example of a great custom solution for task control.

Bitrix24 can receive data from a barcode or QR code scanner in the mobile application, but full scanning is not available for this system. But nothing is impossible for Avivi developers. Therefore, we present our next module, which allows you to enter data into Bitrix24 CRM directly from scanned documents.