Integration of Bitrix24... with our world

There used to be one funny section on the Bitrix24 website — an interactive map of system users around the world. There is no particular benefit to ordinary customers from this page, except for satisfying idle interest: you can, for example, find out that no one uses the system in Antarctica, Greenland and the island of Svalbard. However, the pulsation of colored circles, indicating the activity of users in the portals, clearly demonstrates the popularity of Bitrix24 around the globe, which the software product has gained in less than ten years.

How it all began

The first lines of code were written in 2010, and it took about two more years to create a working model. The author and inspirer of the project, Sergey Ryzhikov, compared the creation of Bitrix24 with launching a rocket into space (even the release date was set for April 12, 2012). And in many ways he was right: the task of creating a worthy software product was not an easy one, and its promotion was even more difficult. At that time, “amoCRM” and “Megaplan” were already doing quite well on the CIS market, and Salesforce, Zoho, Basecamp and the company were sitting unbreakably on foreign markets (and still are).

Under such conditions, the launch of a new CRM had a ghostly chance of success: it was necessary to have an ace in the hole in order to at least withstand the competition. And Bitrix24 had several aces there at once:

On the very first day after the launch, the site could not cope with the number of registration requests from users and lay down. In the very first month, Bitrix24 received the Cloud Start of the Year award at the international IT conference Cloudconf. And that was just the beginning. At that time, the portal window looked like this: 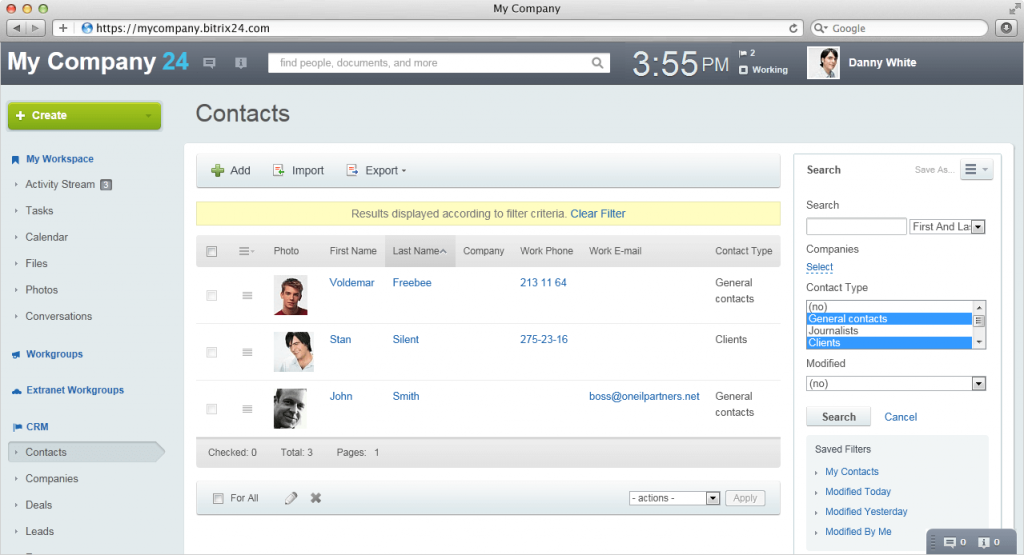 Already in 2016, the volume of profits from the CIS markets, which were previously the main source of money, caught up with the volume of profits from the rest of the world. One of the reasons why Bitrix24 really took off like a rocket is the wide range of functionality that can be customized to suit any need. Therefore, in addition to business circles familiar to CRM, interest in the product appeared where it was least expected. For example, the abbey in Germany, the government of Zimbabwe or the Sierra Leone police became foreign clients of the company. It soon became clear that the clients themselves are the source of ideas for the development and application of Bitrix24: they offer the most effective solutions that developers convert into code. At the presentation of Bitrix24.Sydney updates, it was repeatedly emphasized that many innovations were created from the wishes and comments of ordinary users.

Thus, the young CRM was able to quickly gain popularity in many areas of activity. And according to Tagline, Bitrix24 finished the same year 2016 in first place among CRM systems. 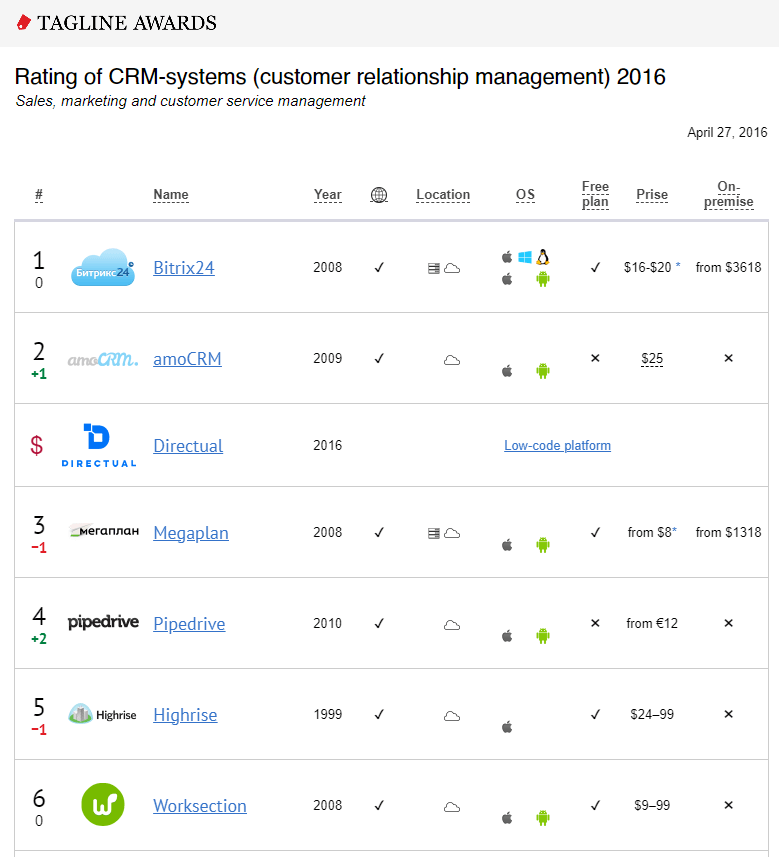 Our company develops the Bitrix24 community and promotes this brand in foreign markets, for which it was awarded in the Restart of the Year nomination of the Bitrix24.Oscar award in 2019. Among our clients were representatives from 18 countries of the world, among which the most distant were Australia, Brazil and Jamaica. It is impossible to predict what project the customer will come up with: someone needs a CRM setup for a dance school, someone wants a patient portal, and someone needs an exotic fruit sales funnel. The main thing is that Bitrix24 allows you to realize almost any wish.

On the way to world domination

At the beginning of 2019, the Bitrix24 press service announced the completion of localization for six more new languages. This will make it possible to comfortably use Bitrix24 in the countries of Southeast Asia, where more than 10% of users of the software product are located and more than 1.5 billion people live.

As for the number of customers, it passed the mark of 4,000,000 in 220 countries around the world at the end of autumn 2018. And we are not talking about people - this number shows the number of active portals. Only 40% of users now belong to the CIS countries, 60% are accounted for by the rest of the world.

Such pace of development speaks of the ambitious plans of the creators of Bitrix24 to compete for the primacy of the system in the world. And this is quite real, because the product has everything necessary for world domination. Every day, users around the world are simultaneously accessing novelties in portals that make work even more efficient.

Thus, when deciding to connect your business with Bitrix24, remember that you already have a multimillion-dollar company of like-minded people. And while you are thinking about how to integrate the system with your business, the system integrates with the whole world and, with the help of a partner network, builds a huge community in all corners of the Earth.

next article
Similar articles
Always within your reach – mobile Bitrix24

If you work with Bitrix24, then you do not have to sit in the office. Take a mobile phone or tablet, download a mobile application and go on a hike, go on a trip around the world - everything you need is with you. In some cases, do not even need access to the Internet :)

We talk a lot about the custom integration of Bitrix24 with other programs. But it is not always advisable to write new code to combine your system with another service or even device. At the moment, there are already solutions that allow direct integration. One of them is Zapier. We have repeatedly offered clients to use it, because it saves budgets. In this article, we talk about the features of such integrations.

What should you know about calendars in Bitrix24 for effective work?

Many services provide an opportunity to keep an interactive electronic calendar in corporate or personal activities. If you are a supporter of this approach and do not think of yourself without clearly planning any events, Calendars from Bitrix24 are just for you! And your colleagues, of course.