The custom translate of Bitrix24 to any language of the world

The issue of localization is important for every software product that is implemented on a global scale. And although English has always been the basic language and is used in any part of the globe, it is always good to have a program that "communicates" in a language familiar to you and your employees. Bitrix24 Corporation is constantly expanding the list of available languages, and at the time of writing this article, their number is 18. But there are many more languages in the world. It should also be remembered that switching languages is not a problem for users of the cloud service, but you can only have one language in the on-premise.

Background of the great translation

Once, on the Internet, Aviva employees found a question from a representative of the Italian company Sinergy Prestiti about the possibility of translating self-hosted Bitrix24. At that time, the Italian version for the cloud existed only with the prefix "beta" (and maybe it still does) and was completely absent from the box. Western customers could choose from ready-made localizations in English, German, French, Spanish and Portuguese. However, the task turned out to be within the power of our team, and the desire to help the client played the role of a catalyst to take on the project — business relations were established between our companies and work began.

Certain difficulties lay in the specific symbols of the Italian alphabet. However, our employees' lack of knowledge of the language did not turn out to be a problem: it certainly sounds strange, but for the task of translating a software product, it is not the main thing. The main thing here is the high qualification of programmers who must understand where to transfer which data.

How to implement on-premise Bitrix24 translation?

To implement the project, Avivi specialists created a custom functionality for language files. For this, first of all, the original English files were downloaded and translated. A total of 22,000 strips of text were produced.

Of course, in this case, the use of machine translation was stipulated with the client. And, as it turned out, the Italian customers were completely satisfied with the quality. The Bitrix24 portal does not contain specific vocabulary, and if translating from English, modern translation robots are already well trained in such content. 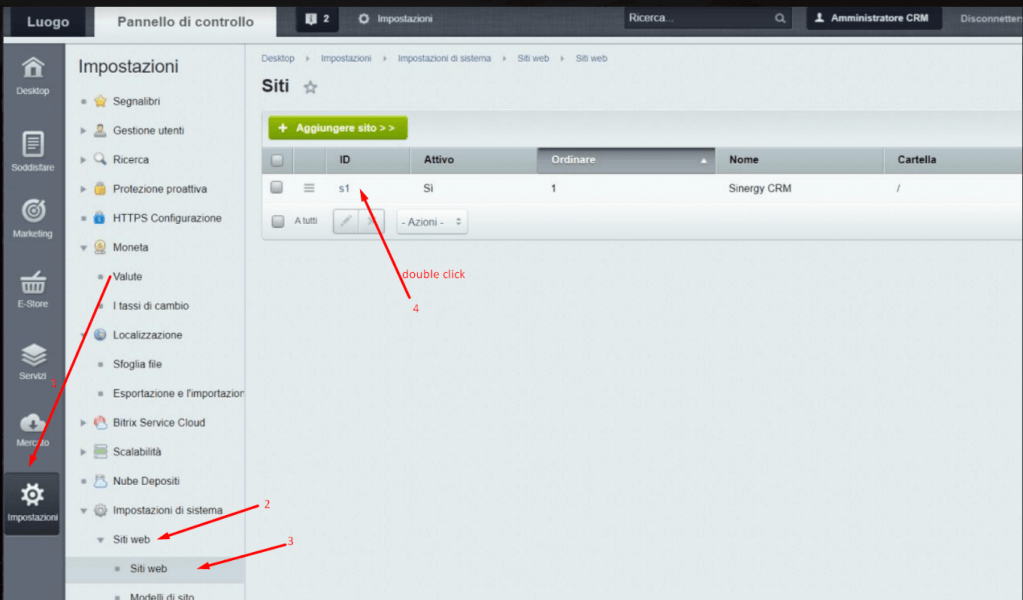 However, for a correct translation, a custom script was needed that monitored certain tags and without which the output would be "porridge" (well, or "pasta"). Of course, it is also possible to involve professional translators in such projects at the request of the client.

When the Italian language files were ready, the next task for the programmers was to "teach" Bitrix24 to understand specific symbols. These include letters with diacritics, specifically for the Italian language — segni diacritici, punti diacritici and seggnaccento. Fortunately, all this is in UTF-8 encoding, so it was less difficult to complete the task.

As a result of the project, our customers received a fully translated software product. A switcher has appeared in the admin panel of the on-premise edition, which gives the administrator the opportunity to enable custom localization or return to the English original. 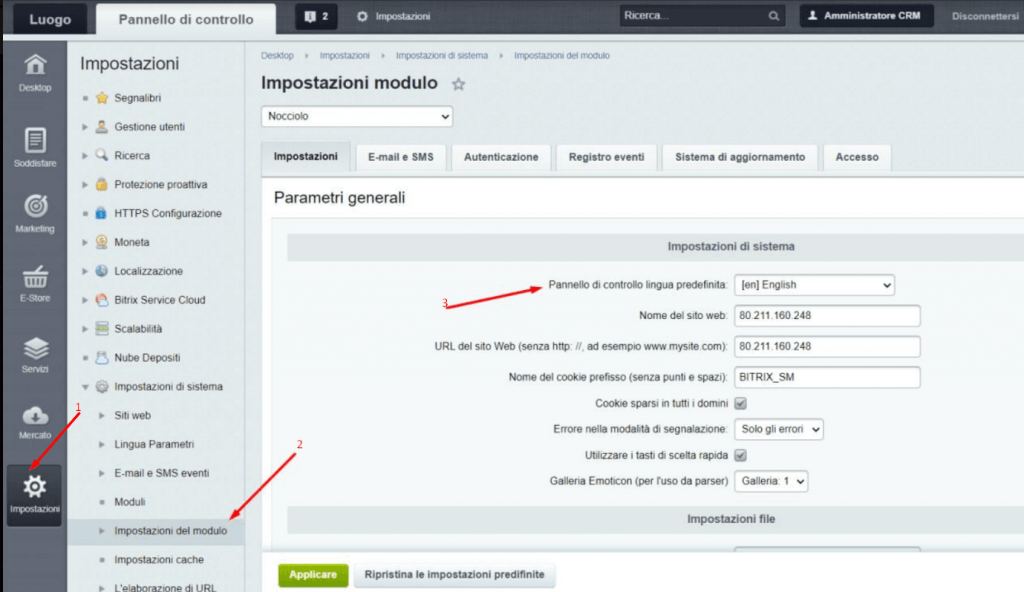 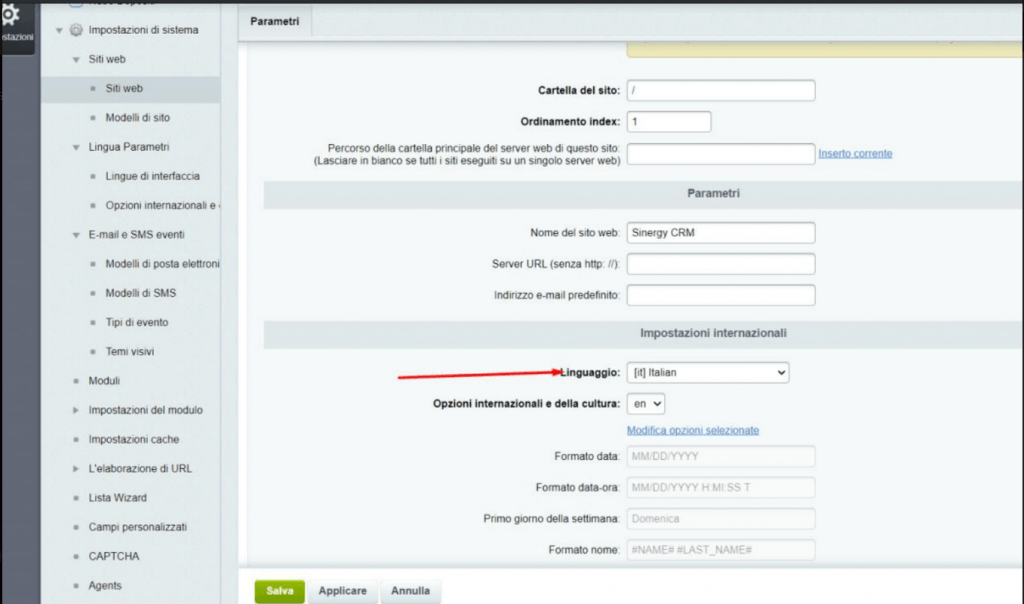 During the inspection of the project by the customer, there was a desire to leave some names without translation. For example, "Sales Funnel", which in the English version is called "Funel", did not sound very good in Italian, even despite the world-recognized melodiousness of this language. Therefore, our developers have manually marked those words and expressions that are displayed without translation.

This customization is not "afraid" of updates to the on-premise — the language will suffer only if Bitrix24 developers radically change the methods, but the probability of such a situation is extremely small.

It should also be understood that the translation took place for already existing sections of Bitrix24. If the update package will contain new elements and tools that were not present during customization, then their translation will need to be added.

The Avivi team spent 12 hours of specialist work on the entire project, and at the same time gained invaluable experience. Thus, if the language you need is not yet available in the on-premise edition, but you really want it, Avivi will be happy to translate your Bitrix24!

next article
Similar articles
Avivi's Bitrix24 SMTP module turned 2: the number of customers we helped and the things we've learned

One of the best Avivi company's solutions which is successfully sold around the world — the customized SMTP module to solve the issues with emailing in the Bitrix24 box edition. We answer the most frequently asked questions regarding the module and the reason that might create obstacles in its installation process.

In the abstract, if you organize your business, invest a lot of money there and hire a staff of marketers, in the near future a huge queue of clients should be next to your door. But this is only in theory. In reality, you have to fight for every client, even if you have a super-successful project.

If you're nervous about the constant duplication of different entities in the CRM - this article is exactly what you need. Avivi has developed a new add-on for Bitrix24, which will quickly bring order to entities and eliminate repetitive ones. The functionality is very easy to use and more efficient than the in-house duplicates management tool.