You are going to purchase the ability to use our application for Bitrix24 from Avivi Company.
Please use the form below to proceed.

You are going to purchase the ability to use our application for Bitrix24 from Avivi Company.
Please use the form below to proceed.

To begin with, we would like to note that according to the latest data in the world there are already more than 5,000,000 active Bitrix24 portals. They are supported by more than 500 data centers in different parts of the Earth and there are 18 language localizations. The development of the service is taking place at a very fast pace and the only drawback in this process is the heavy burden on the development company. So, the technical support is carried out by more than 60 people in 8 different languages. Unfortunately, support in chats for free using in such conditions had to be turned off. After a brief statistical excursion, Sergey Ryzhikov and Dmitriy Suslov began a massive art-firing of the audience with the Bitrix24 novelties. The traditional intrigue with the name of the version could not be preserved — the hot and functional Dubai came to replace Sydney.

The updated mobile application was presented at first. Indeed, its presence always gave odds to Bitrix24 in front of non-application products. But since the last presentation we were given to understand that it is mobile technologies that will determine the vector of product development for the convenience and accessibility of using it. So, what's new? 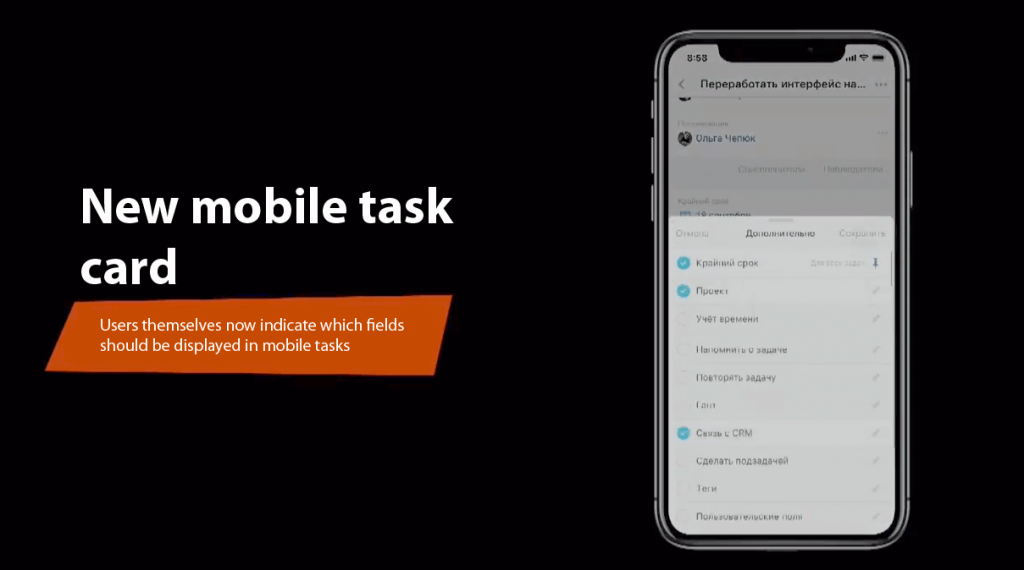 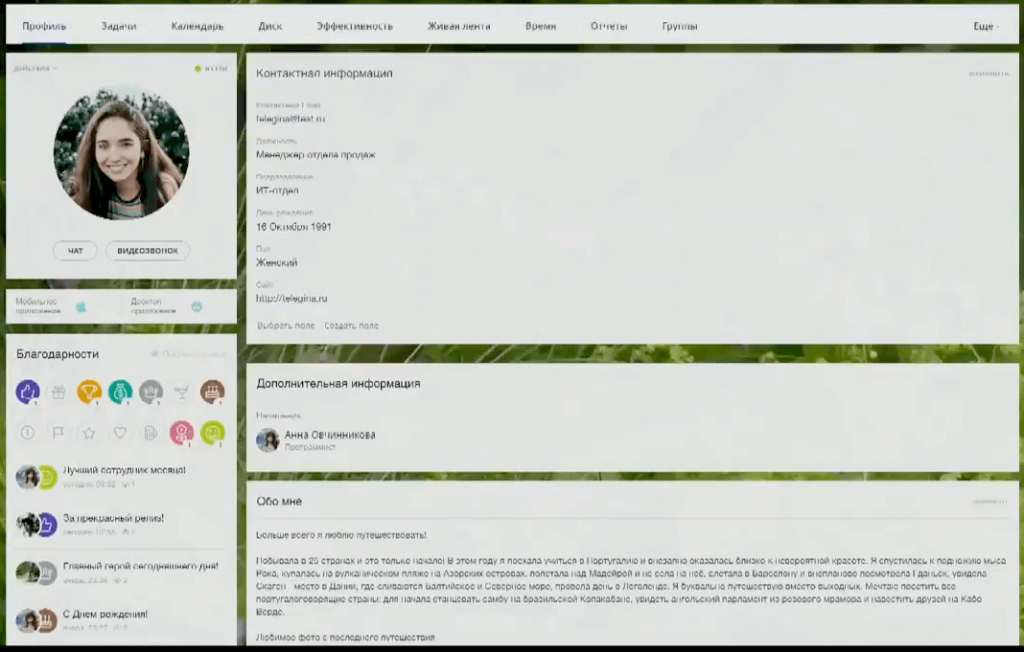 The “Sydney” Update Contact Center has evolved into a separate, important element of any Bitrix24 portal. He has already “swallowed” the “Open Channels”, which will no longer appear in the left menu, and also continues to collect new channels of communication with customers. The innovations in the of “Dubai” version are:

Without exaggeration, it’s the most awaited block in the presentation. The Bitrix24 team has promised to devote the next six months to completing all the CRM plans. But even now, the functionality has been enriched with very useful options:

The team of Bitrix24 did not hide their joy: the functionality of the sites received the perfect positioning. Created sites really help to sell and, as proof, - 133,000 different sites in the world, which bring real income to their owners.

And finally. Because of this functional many had theirs jaws dropped. “Sales Center” allows to customers to buy your products/services directly in chat rooms! You can send the prepared offers to your customers directly during the conversation and for purchase it will be enough to simply confirm with the “Buy” button. A variety of payment systems connect n the “Sales Center”. 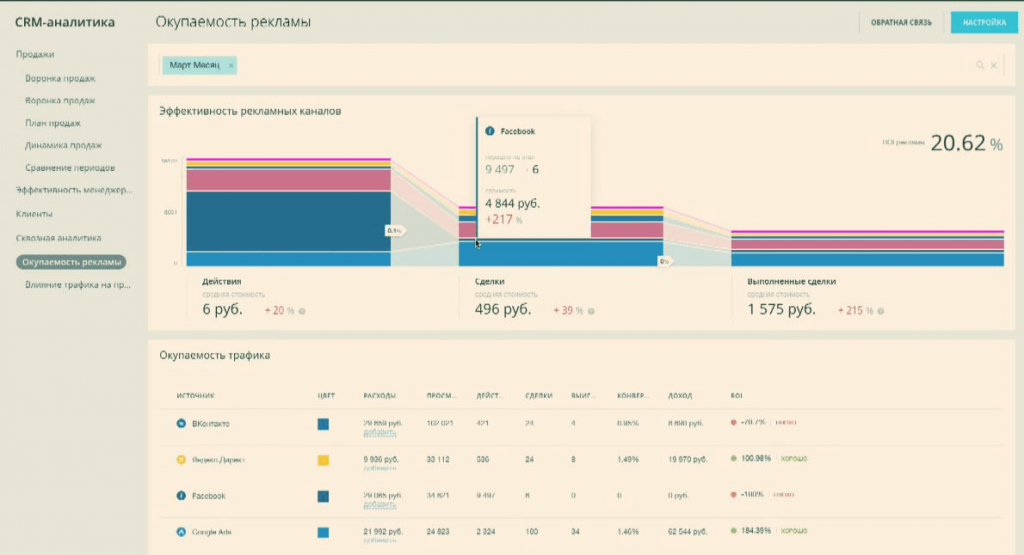 Well, here it is, if speak very, very short. It was a really fiery and hot presentation, after which there is a feeling of pride for involvement in Bitrix24 and the slight thrill of expectations of new features.

Stay with Bitrix24 and Avivi and soon you will be able to earn much more! 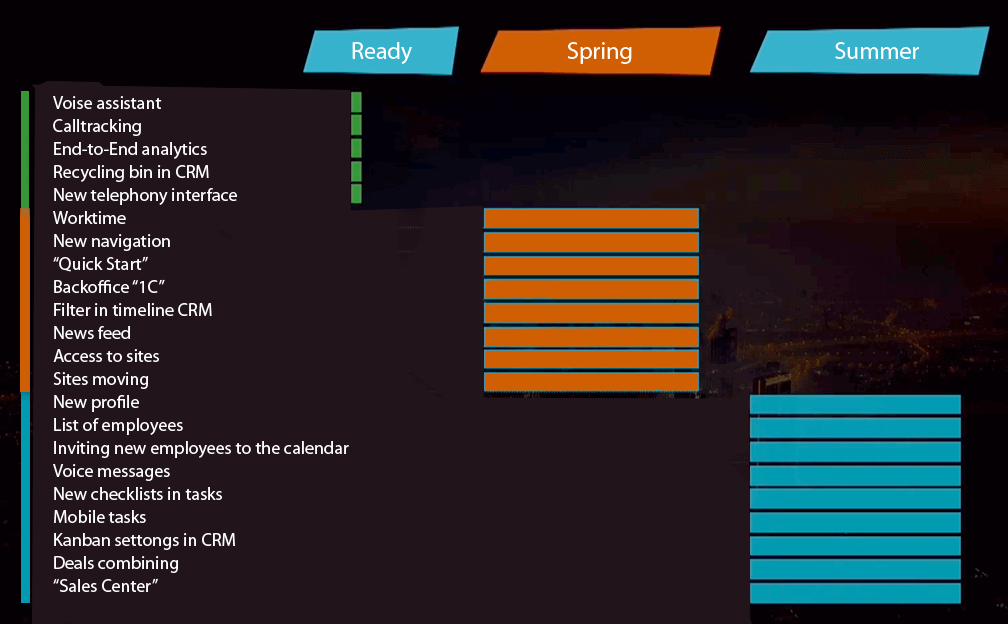 Avivi Is Named the Top Ukranian B2B Company by Clutch.co

2020 began with a very pleasant and important news for our company. Popular and authoritative resource Сlutch.co named Avivi as one of the leading IT companies in Ukraine, operating in the international market.

Avivi: Thank You All! Now, Back to Work

It was on December 12, 2007, that Avivi became a company destined to take the global lead in customer relationship management (CRM) systems and their customized functionalities. What does the zodiac circle have to do with all of this? Keep reading!

The first recipient of the Oscar became known already before the 91st ceremony. There is no catch in this — only the best of the best receive the Oscars in the Bitrix24 community abmunity, just like in the film industry.